The chain of supply and demand is the backbone of every industry. Although transportation is the critical link in that chain, what really makes the whole thing "tick" are the people behind the wheel. Since we're still years away from self-driving trucks (yeah, we're looking at you, Elon!), it's safe to assume that truck driver jobs will remain in high demand for many years to come. However, today, we're not focusing on life on the road. Instead, Highway Transport will look at some of the best cities for truck drivers in the US. Places to hang your coat when big wheels stop turning and mighty engines cease roaring. 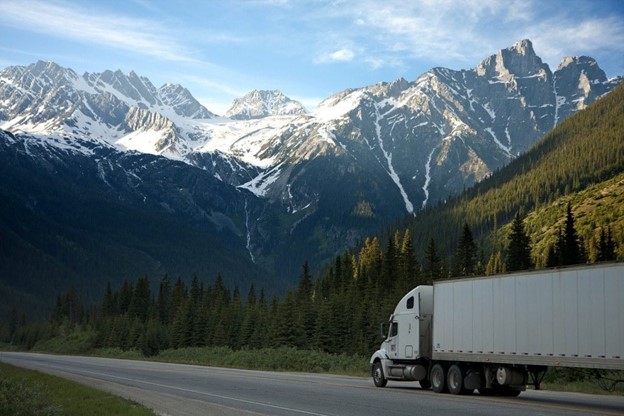 Number crunching
To corroborate our claim that truck driver is an essential job in the industry as a whole speaks to the statistical data of the US Bureau of Labor Statistics. They estimate that there are more than 1.85 million drivers in the Heavy and Tractor-Trailer category alone. This does not consider successful owner-operators or other categories (such as Light Truck, etc.). It's one of the highest available and most sought-after jobs in the US. That's why this is one of the primary traits we took into consideration to compile this list. Another being the median cost of living, compared to the national average and median home price. Without further ado, let's jump into the list.

If Morristown, TN is too small for you, Nashville, TN can be a fantastic alternative. Morristown, TN This sleepy little town is one of the best places for truck drivers to call home in all of the US. It's conveniently located about the same distance from Nashville, TN, Atlanta, GA, and Charlotte, NC. Although it might seem remote, some of the busiest trucking routes pass near the town. This makes it easily accessible, so you won’t need much help getting to your wanted destination if you decide to move here.
Proximity to major routes and relative proximity and location to large hubs make the trucking job market thrive in Morristown. The annual mean wage is a bit over $48.000. Combine that with the cost of living that is around 10% lower than the national average and housing that can be up to 29% lower, and you have yourself a winning combination.

On the other hand, if you're a fan of the bigger cities, Nashville, Atlanta, Memphis, Chattanooga, and Cleveland are also excellent options. They too boast a lively job market, with similar pay, but a considerably higher living cost. Certain suburbs in Georgia are also a good fit.
TEXAS!

Before you say anything: yes, we're aware that Texas isn't a city. However, the sheer quantity of desirable cities for truck drivers it houses makes it a top choice. In a sense, wherever in Texas you move, you won't have any trouble finding a job. 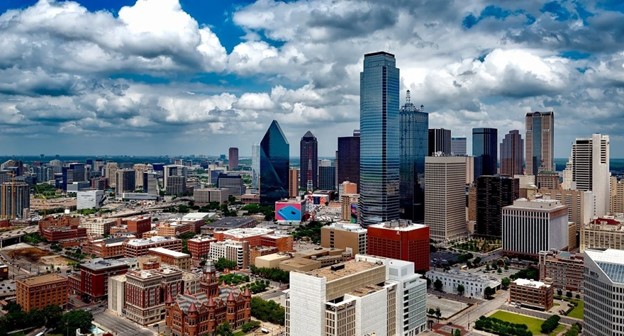 Dallas, TX is a thriving city with one of the strongest job markets and one of the best cities for truck drivers in the US.
No surprises here. DFW metroplex is one of the biggest trading hubs in the country. The job market is booming, and the cost of living is only slightly above the national average. Of course, this largely depends on where you choose to move. Because with the sheer size of the city, your options are virtually infinite. Therefore, this is the logical first choice.
Houston, TX - Coming in as a close second, Houston is the next best place after Dallas for truck drivers to live in. This is the fourth-largest city in the US, and also a major hub. The average salary is slightly lower than in Dallas, but lower costs of living mitigate this significantly. Another advantage Houston has over Dallas is that it's also an international trading hub. It means that you'll have plenty of opportunities to raise your paycheck if you're willing to accept international jobs. For those who love the proximity to the beach, Highway Transport has locations in Houston, TX and Freeport, TX
Odessa, TX
Over the past 20-ish years, Odessa became one of the nation's major logistics centers. And it only keeps gaining importance. The truck driver's annual mean wage sits at around $47.000, placing it right between Dallas and Houston. However, living in Odessa is cheaper than both of these cities, making it an excellent choice, especially if you prefer small towns over metropole.
Rogers, AR
Those forest-ridden-God-forsaken parts of Arkansas we mentioned? They are breathtaking! 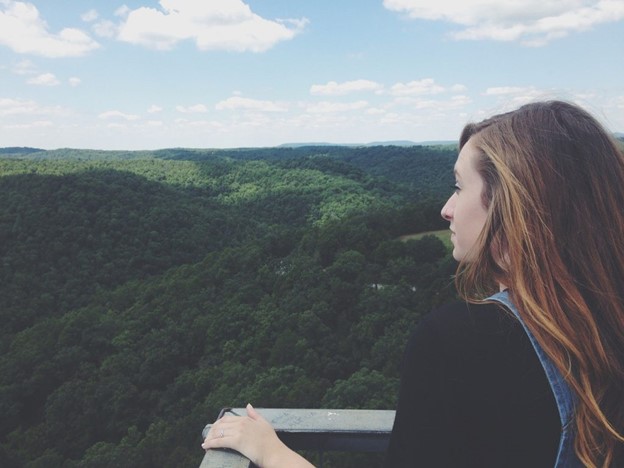 Many consider Arkansas to be a forest-ridden-God-forsaken place. The reality could not be further from the truth. Well, for the most part, anyway. And that's the part we'll be focusing on. Rogers, AR is a part of a larger metro area encompassing Fayetteville, Springdale, and said city. It's an economic center of the region, widely known as a "retail capital of the world." Nearby Benton is home to Wal-Mart Stores, Inc., and Fayetteville is a University Center of Arkansas.
However, what's interesting here is that this metro area has three times more employed truck drivers than any on our list. Being an economic center does have an impact on this. But what really drives the trucking jobs here (pun not intended) is J. B. Hunt Transport Services, Inc. Based in nearby Lowell, this company is the largest publicly owned truckload carrier in the US. This means that you will have everything you need within reach: plenty of job opportunities, excellent education for your kids, and every amenity that a large city offers.
Now, if we combine everything said, with the annual mean wage that is a whopping $49.300 (highest of all on our list), and costs of living that are 11% lower than the national average, we might say that this is one of the best cities for truck drivers in the US.
"Home is where the heart is"
Many jokingly say that truckers "live on the road" and are "married to the wheel." Nothing can indeed compare to the feeling of rolling your beast down the open road. But what makes it easy is knowing that you have a safe haven to come back to. So take our list of best cities for truck drivers in the US as a wholehearted suggestion. A guide that will help you make a choice when the time comes to settle down and enjoy something more than a different landscape every day. Until then – stay safe and keep rolling!